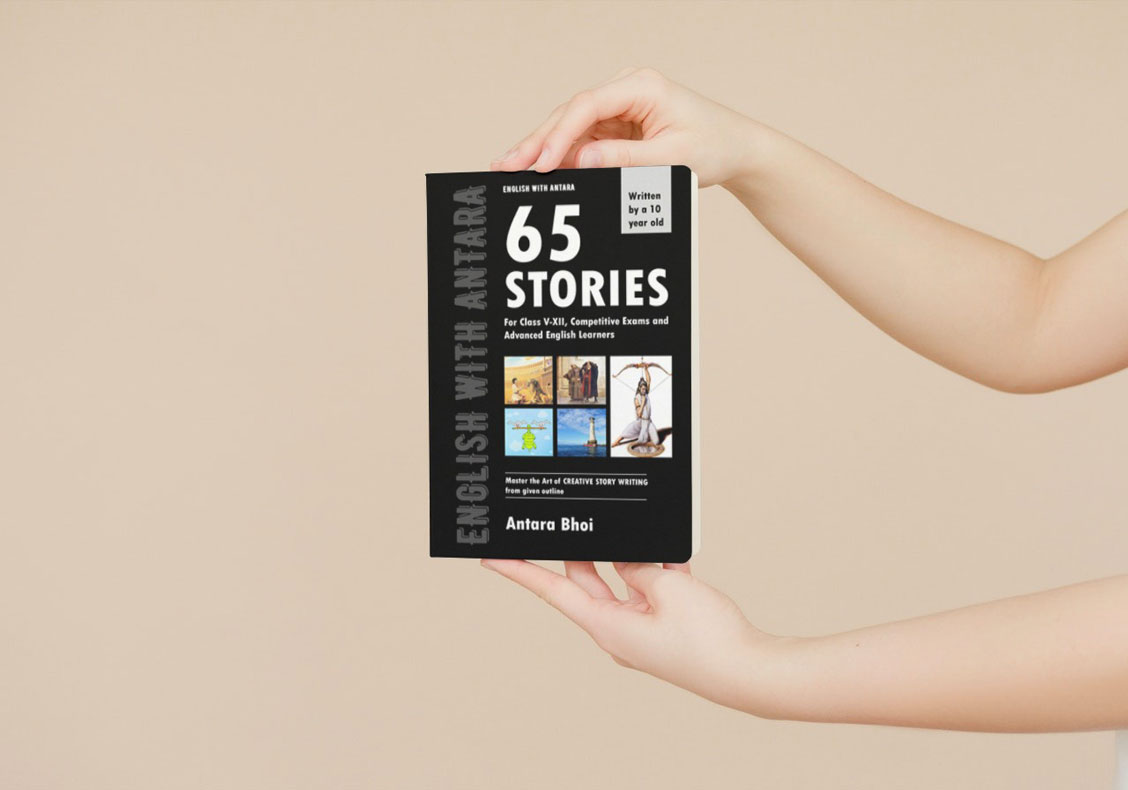 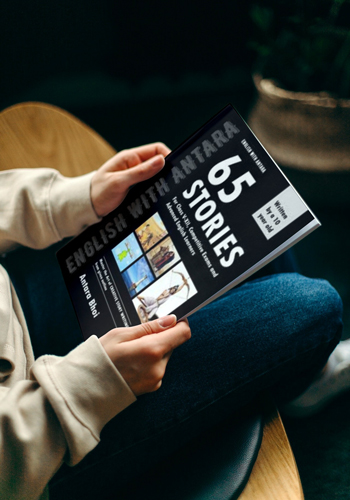 This is how stories should be written in exams to secure full marks.

65 Stories is an indispensable anthology of stories typically asked in the English exams of Class V-XII (CBSE, ICSE, State Boards) and in English competitive exams. The book’s prime focus is to help the learners practise creative story writing from given outlines in exams. It comprises of all story writing exercises from popular Grammar books and academic exams.

Each story in this book is typically over 500 words, and includes the story outline, moral and title. All stories feature liberal use of idiomatic phraseology, proverbs, dialogues and soliloquies. They are carefully curated with correct grammar, sentence structure and punctuation.

Trust 65 Stories to help you secure full marks in your English exams.

Buy the book 65 Stories online now and get it delivered to your home. 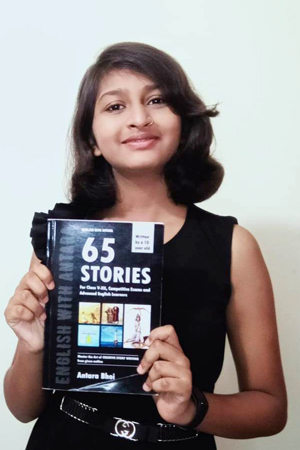 Most of the stories written by me in this book have really been asked in English exams; one or two were my personal inclusions, the rest are from popular English Grammar books. All in all, these stories are for Class 5 and above students, right upto class 12 of all boards in India and for those appearing in competitive exams.

Although my book is intended mainly for Class V-XII, I hope it will not be shunned by primary students. My plan has been to try to pleasantly remind the students of how they should write story creatively in the exams to secure full marks, and of how they should take care of the tenses, dialogues, title, moral, idioms, phrases, punctuation and sentence structure. With 65 specimens, this book will make you aware of what story writing in exam is all about.

Here’s to your wonderful learning experience with my 65 Stories. Cheers! 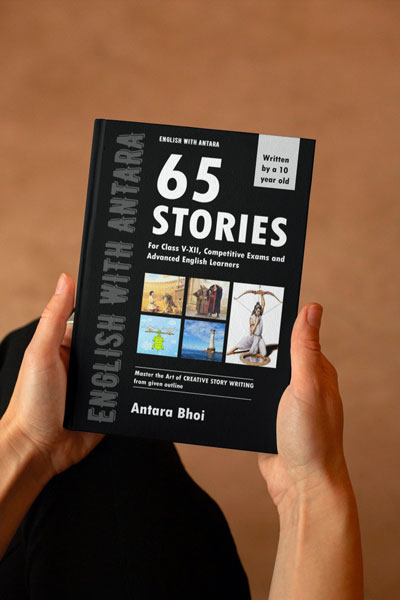 2. Popular and typical stories from Panchatantra, Aesop’s Fables, The Arabian Nights, Mythology and Hitopadesha that have been asked or are likely in CBSE, ICSE and State Board Exams.

3. No need to refer other book for story writing. Contains stories from popular grammar books.

4. Appropriate use of idiomatic and proverbial phraseology, and dialogues.

6. Useful for Class 5 and above students.

1. The Salt Merchant and His Donkey
2. The Frogs Who Desired a King
3. The Crows and the Mean Snake
4. The Lazy King
5. Slow and Steady Wins the Race
6. Where Love is, There is God Also
7. God Sees the Truth, But Waits
8. We’ll See
9. An Apple Tree
10. The King and the Foolish Monkey
11. Tenali Raman Story: The Roots of Rasgulla
12. A Field of Gold
13. A Bundle of Sticks
14. The Fisherman and the Jinn
15. Dharmabuddhi and Paapbuddhi
16. The Larks in the Cornfield
17. Tom and His Aunt
18. The Retiring Carpenter
19. The Hen That Laid Golden Eggs
20. Who Killed the Thief?
21. The Water-Carrier Who Ruled India for a Day
22. The Monkey and the Crocodile
23. The Pact with the Sun
24. Life is an Echo
25. The Honest Woodcutter
26. Father’s Love
27. The Lioness and the Young Jackal
28. The Little Red Hen
29. The Elephant and the Tailor
30. God Coming Home
31. The Lion and the Rabbit
32. The Loyal Mongoose
33. The Tale of Two Birds
34. The Talkative Tortoise
35. The Iron-Eating Rats
36. The Wolf in a Sheepskin
37. Androclus and the Lion
38. The Nobleman, the Fisherman and the Porter
39. The Tiger, Jackal and the Brahmin
40. The Stone on the Road
41. Baghdad Merchant and the Camel-Driver
42. A Purse of a Hundred Pieces of Gold
43. The Old Pipal Tree
44. The Loyal Nurse
45. The Snake Named Mandvisha
46. The Barber of Baghdad
47. King Solomon and the Bees
48. The Tiger and the Golden Bangle
49. The Inchcape Rock
50. Tit for Tat
51. The Blind Lady and a Greedy Doctor
52. The Tale of the Many-Times-Killed Hunchback
53. The Patient Little Girl
54. The Pied Piper of Hamelin
55. The Boy Who Cried “Wolf!”
56. The Rabbit, the Whale and the Elephant
57. The Cunning Fox and the Foolish Crow
58. The Fox and the Goat
59. The Stork and the Crab
60. Shooting the Bird’s Eye
61. The Foolish Stork and the Crab
62. Eklavya’s Loyalty
63. How Squirrel Got Its Stripes
64. Birbal Identifies the Thief
65. The Talking Cave